So we took a while to compile this latest set of data as our previous scraper left the project. However, we’d like to welcome our new scraper, Isaac 🙂 He’s currently working on our ultimate HANSARD data scraper, but here’s something we have right now – the trend chart of the sessions which attendance is made available.

That’s just the tip of the iceberg. We have some juicy attendance stats for you – including the 15 MPs who have never skipped a session since the information became public. Overall though, attendance in 2022 is lower than last year. But for the meantime, let’s try to guess first which former PM has the worst attendance of any MP in the last 84 sessions.

We won’t spoil it first. Let’s start giving you some hints though.

Which PARTY had the best attendance? 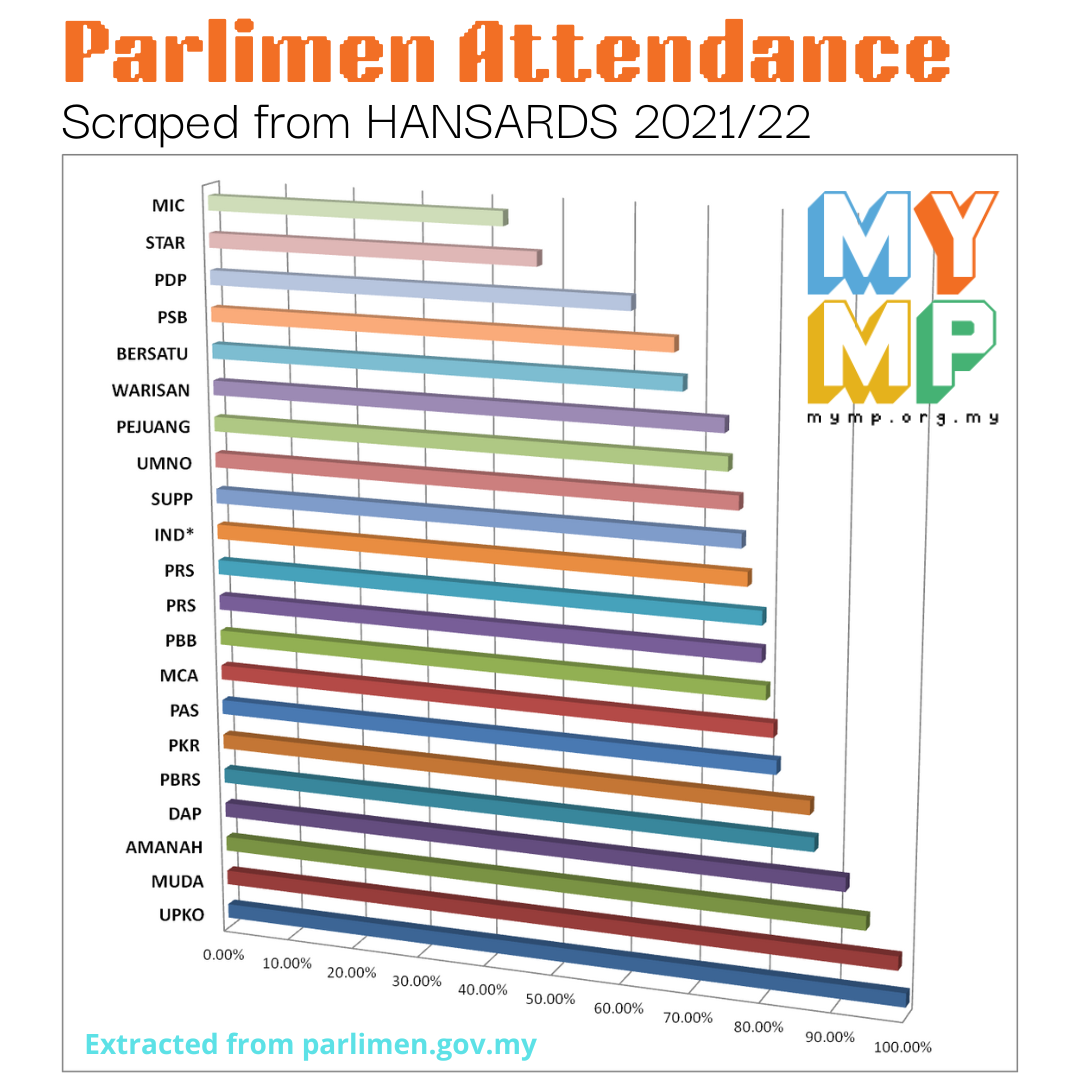 WOW… based on this, we have a surprise winner from UPKO! Congrats GAIZZZZ!

BUT, it’s also important to take into account how many people in each party we’re monitoring. First off, congrats to UPKO MP, Wilfred Madius Tangau for his 100% attendance, which was enough to move UPKO to the lead of our charts! Like we said, there are 15MPs that scored 100% attendance, so UPKO can be proud of their sole rep in Parlimen 🙂 MUDA also only has one rep, and YB Syed Saddiq has only ever missed one session in the last 84.

However, moving on to parties with more than one or two reps, AMANAH and DAP can hold their heads up high, with more than 90% attendance from their 11 and 42 reps respectively. That’s a great team effort!

On the other end of the spectrum, MIC and STAR had very poor attendance from their sole MP reps, without other team members to cover for them. BERSATU tho, doesn’t have that excuse, with 67.9% attendance average, from their 29 MPs. #hint

In general, the opposition camp has much better attendance than the government camp…

But here’s one MP who bucked the party trend

Here at MYMP, we believe firmly in the power of data, not just to show the bad side, but the good side of politics. Here’s a list of the 15 MPs with 100% attendance since July 2021. 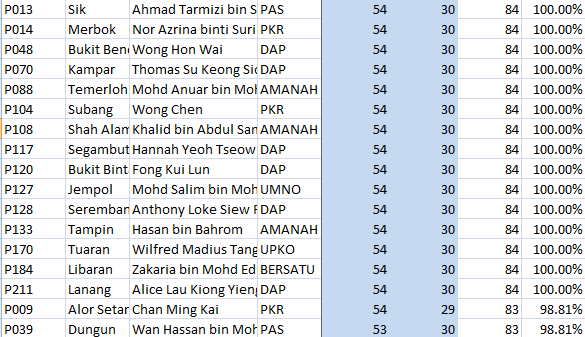 Yes Wilfred is there. So are many opposition and PAS MPs who helped prop their party to overall 81.5% attendance. But despite UMNO’s 75.8% overall attendance (sounds like a four day workweek), one UMNO MP has not missed any of the last 84 sessions. Tahniah YB Mohd Salim bin Shariff! A quick glance at his MyMP profile also reveals other positive trends. 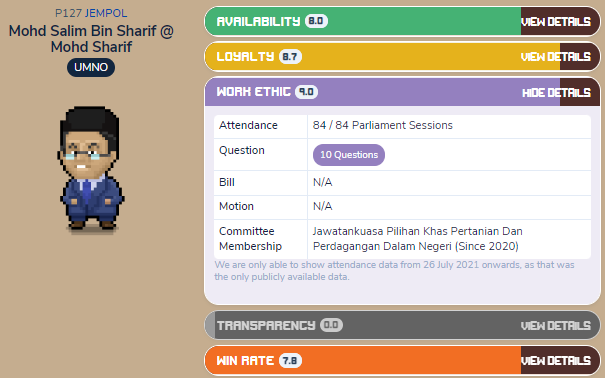 He’s asked 10 questions in those sessions, often clarifying figures and status of projects. , resulting in one of the best Work Ethic scores on our entire site! 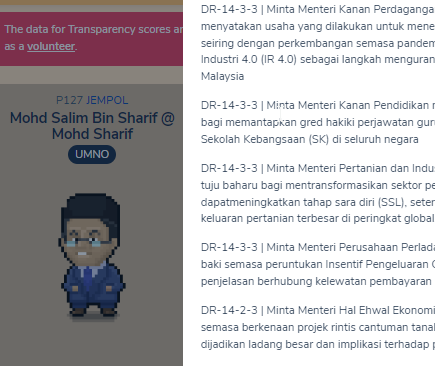 Great job YB! Kipidapdongibap! Now, for the other end of the spectrum. Here are the er… B15 of Parlimentary attendance. 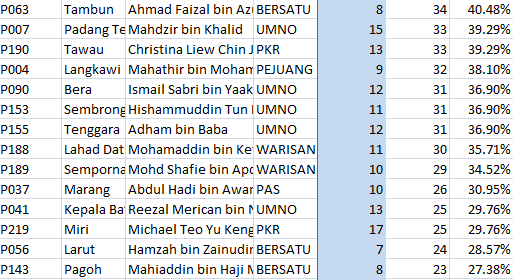 And yes, right at the bottom is our former Prime Minister, Muhyiddin (officially Mahiaddin) Yassin. If you guessed wrong though, don’t feel too bad. Cos he’s joined by ex-PM Tun M, and current PM Ismail Sabri as well. As you can see, their figures are quite shockingly low, attending less than half of all sessions, together with our current Home Minister, Tech Minister, and the head of WARISAN. Do their duties excuse them from being in Parlimen? You tell us.

As for the best performing former PM? Well former ACTING PM Anwar has an exemplary 92.86%, while former PM Najib’s is at 50%. Though we hear that the latter might be dropping soon.